There is much excellence to discover throughout the inland regions of Grand Est, Bourgogne Franche-Comté, and Auvergne Rhône-Alps. Lovers of history and culture will be astounded paddling through the Chauvet Caves to glimpse its famously preserved Paleolithic cave paintings or enjoying a storybook stroll through Strasbourg’s Tudor-lined streets and canals. For gourmands, a visit to Lyon, home of “Chef of the Century” Paul Bocuse, is a must, but so is a sampling of classics like Boeuf Bourguignon and Escargot de Bourgogne while traipsing through Burgundy. The French Alps in this area claim Mont Blanc, the highest peak in Western Europe and home to some of the world’s most exclusive chalet resorts. While the site of many a skier’s dream come true, these slopes also offer incredible hiking in the summer, with a cozy chalet no matter the season where to taste fondue with a glass of local genepi liqueur at day’s end. Finally, of course, it would be remiss not to mention this area’s embarrassment of oenological riches: from the “Avenue de Champagne”(considered the world’s most expensive avenue thanks to millions of bottles of Champagne stored underground) to the multitude of “Grand Cru” wines throughout this region’s countless microclimates, Eastern France is home to the finest vineyards in the world. It’s time to grab a corkscrew and Salut!

A photograph of the region 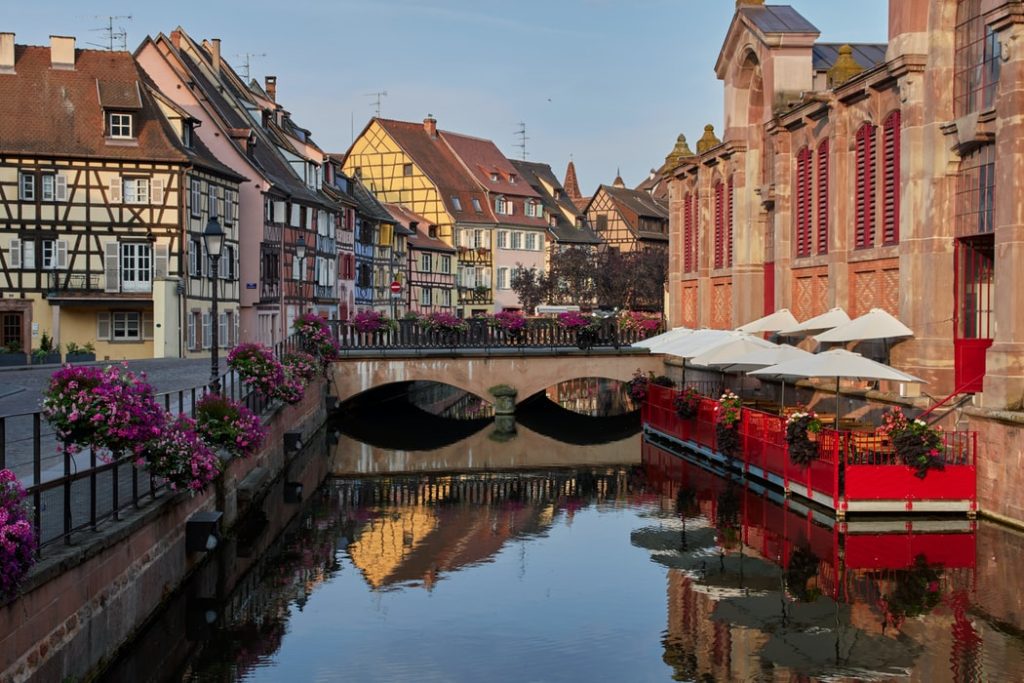 “The world is a book – with each step we open a page.” 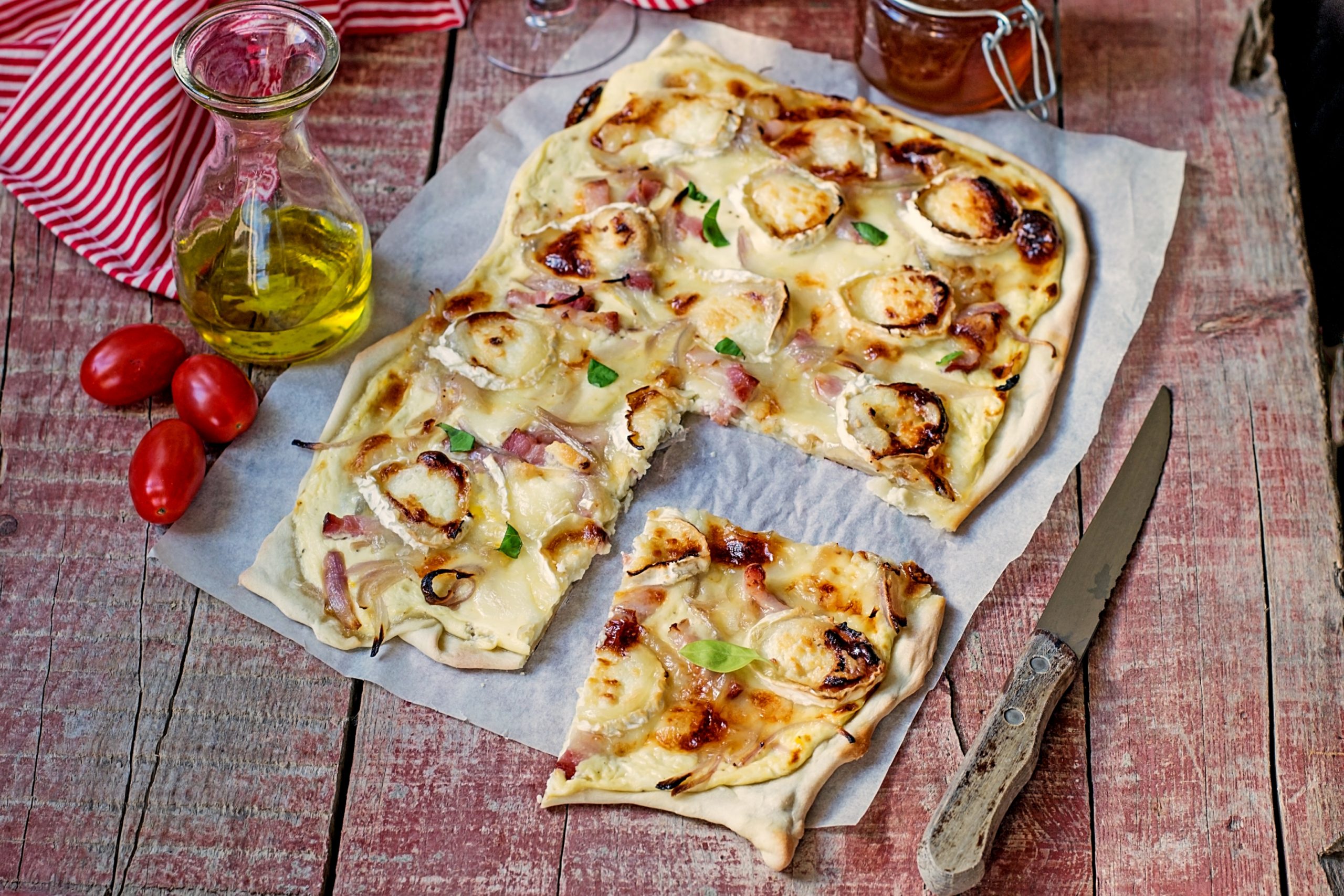 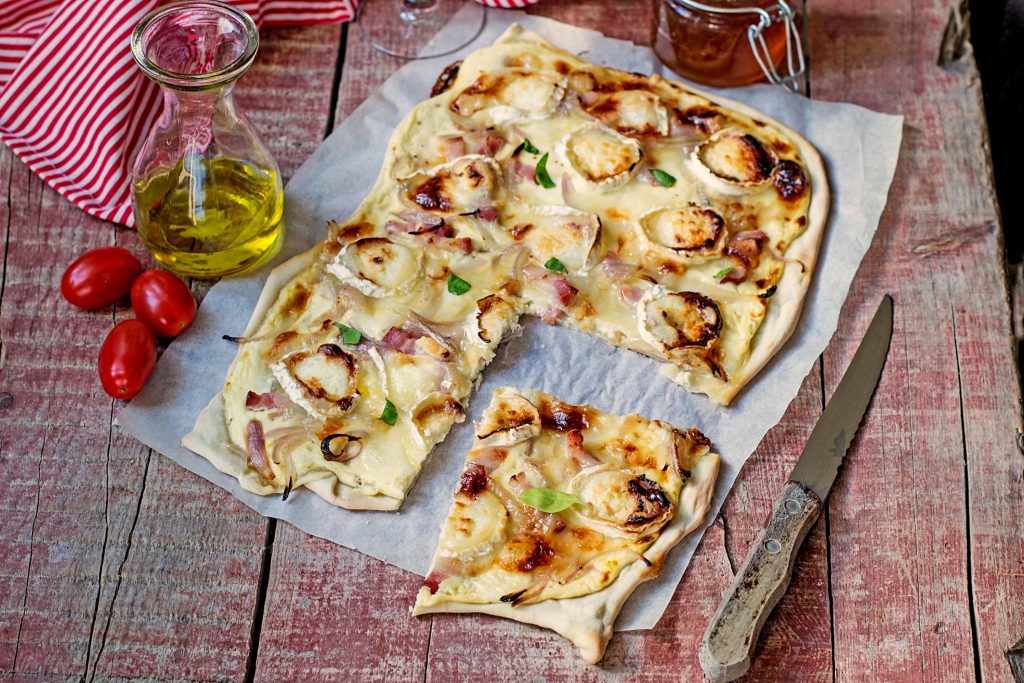 Emmanuel Cornubet from luxury DMC The 1492 Company whets your appetite with flammekueche, a little-known delicacy from the Germany-bordered region of Alsace.

The eastern French region of Alsace is almost unknown to tourists except around Christmastime when the “Marche de Noel” heralds the region’s well-known Christmas market in Strasbourg (Christkindelsmarik, in the local tongue). However, Alsace has a lot to offer, not least its gastronomy. Of course, culinary offerings such as choucroute are already famous even beyond the French borders. But a lesser-known dish worthy of praise is the flammekueche. This thin-crust pizza is made with crème fraîche, sliced onions, and smoked lardons and is traditionally served as an appetizer—though it holds its own as a main dish.

To personalize by adding cheese seems almost obvious, especially considering that Alsace has many local specialty cheeses which deserve recognition. Local producers are always happy to welcome cheese enthusiasts for a private insider’s visit and tasting. However, the purists would frown and argue that the only way to enjoy the “real thing” is at one of very few establishments in Alsace that are part of “the brotherhood of the true flammekueche.” It sounds like a bad French adaptation of an Indiana Jones adventure; but this designation does exist and proudly defends the original recipe for this unique local delicacy. Hardcore flammekueche defendants can be found at restaurants such as Taverne de l’Ackerland, Auberge Burgschenke, and S’Bronne Stuebel, to name a few.

It’s worth noting that a flammekueche baked with a wood-burning fire tastes wonderful, and therefore, the “real thing” should be enjoyed at least once in a food adventurer’s lifetime.

This is a personal preference of which I’m sure traditionalists would not approve. A slice of flammekueche with a glass of Alsatian ice wine is heaven in my world. I find that the sweetness of the ice wine balances the saltier notes of the bacon (lardons). I also love the natural and technical wonders of Alsatian ice wine. While sipping a glass, I can’t help but picture its fairytale harvesting process: images of snow-covered fields where hurried farmhands rush to capture those fragile and delicate icy pearls by candlelight in the dead of the night. 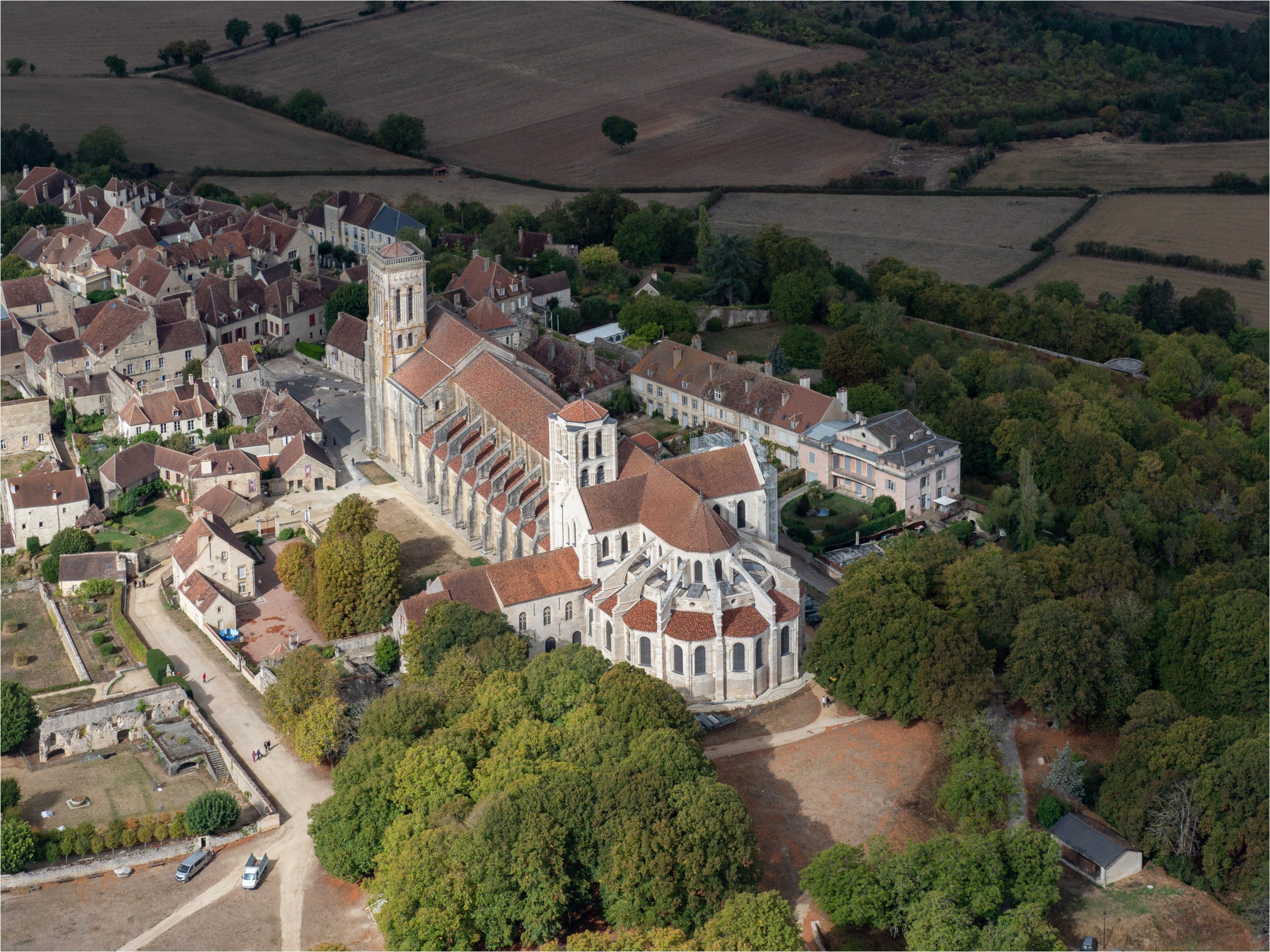 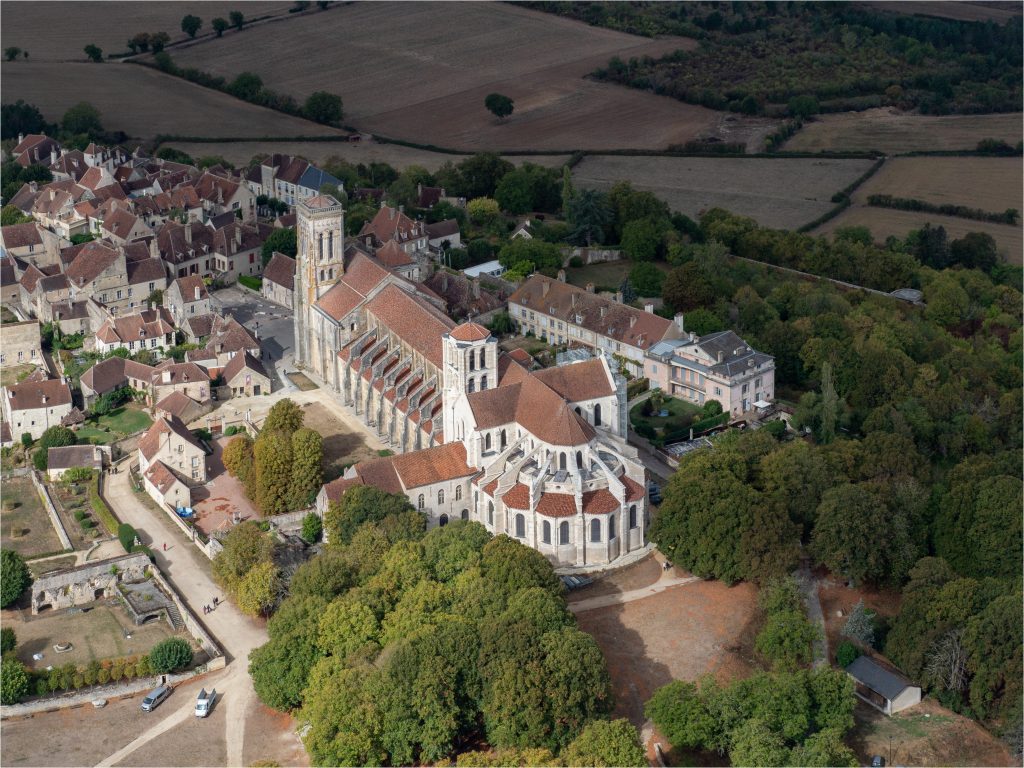 Philip Haslett of luxury DMC Kairos Travel dishes all things northern Burgundy—where he lived for 16 years working as a tour guide, luxury hotel barge captain, and commercial balloon pilot—giving us a handful of precious cultural gems of the area.

Tell us about this hidden treasure.

For many, Burgundy is associated with wine, mustard, Beaune, and Dijon. While these four are indeed important features of the region, they represent just one very specific aspect of it. Burgundy has one of the richest collections of cultural heritage in France beyond the aforementioned cultural hotspots. Northern Burgundy includes one of the last major Romanesque constructions in France, the Basilica of Vézelay. It was built at the same time as the first major Gothic construction in France, the Cathedral of Sens, which happens to be where my parents were married! In this area, the Abbey de Fontenay was the blueprint for all Cistercian abbeys in the country, whereas the battlefield of Alesia holds the heritage of Julius Cesar conquering and occupying Gaul. Of course, the list continues with beautiful medieval villages such as Noyers or Flavigny sur Ozerain, where Chocolat starring Johnny Depp and Juliet Binoche was filmed. Of course, in the north, Chablis vineyards lead the pack. Still, some delicious finds also await to be discovered in St. Bris, Irancy, and Chitry, which boast local specialties to taste bien sur!

If you had to name just one jewel in Burgundy’s crown, what would it be?

To pick just one would be an impossible task. However, everyone I have taken to this lesser-known part of Burgundy has left feeling like they had discovered something truly special and unique. Their only desire is to come back as soon as possible. Burgundy is at its best in June and September, and of course in the summer months, as well.

"a Man is free at the instant he wants to be.” 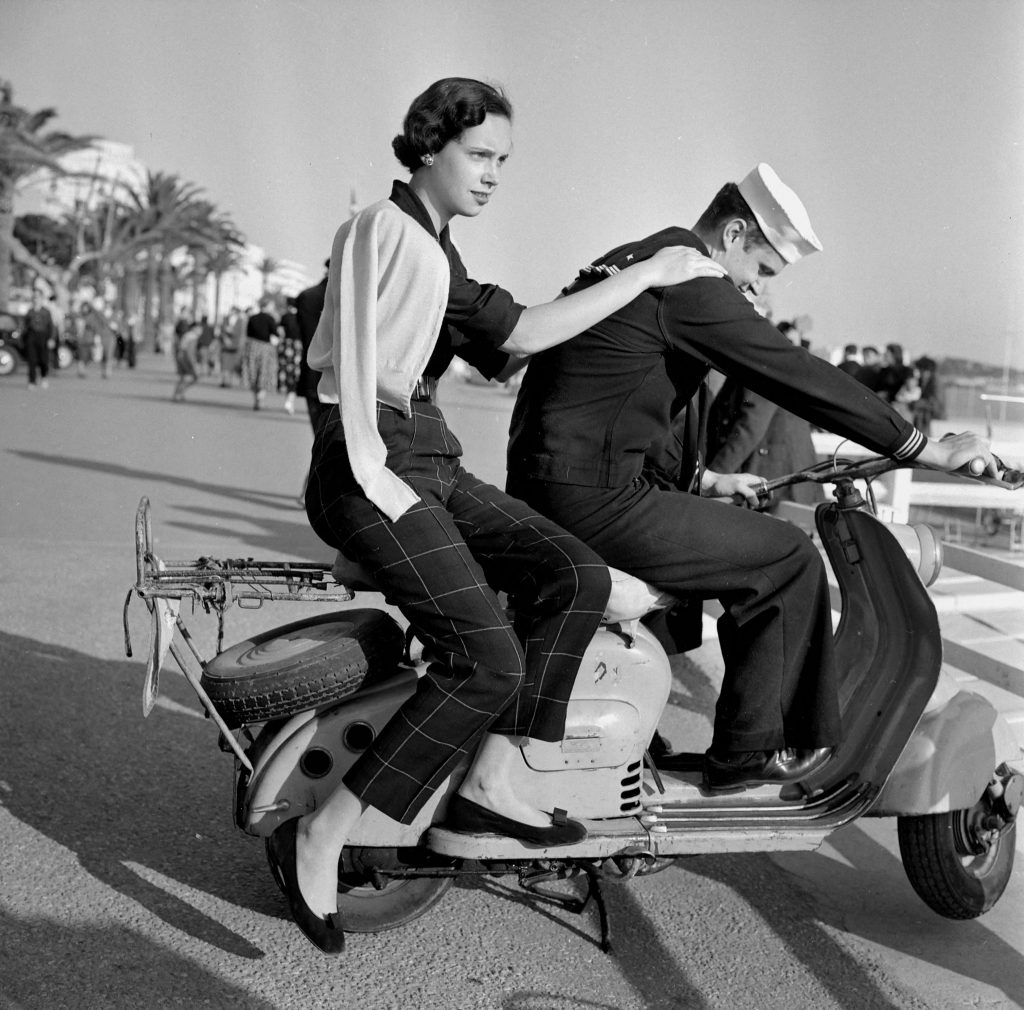